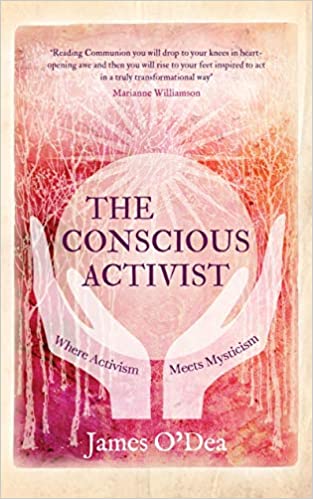 Kate Blanchett, one of my top favorite actresses produced a limited series “Stateless” which is streaming on Amazon Prime. And even though I normally pace my viewing of programming that focuses on serious issues I just could not let go of it once I started.  Balancing my sadness at watching the program was the joy of watching a great work by a celebrity to spotlight an urgent global issue. Thankfully there are many Western celebrities, such as Oprah, Bono, George Clooney, Matt Damon, Ben Affleck, Leonardo DiCaprio, Angelina Jolie, Natalie Portman and many more that we do not know about.  By role modeling global consciousness and conscience, they remind us to care and do whatever we can do in our sphere of control.

Stateless is based on a true story of how an Australian woman got wrongfully imprisoned in the immigration centers of Australia which helped surface the horrible conditions of these camps. It depicts the trials and tribulations of the victims in the global refugee crisis, with its attendant evils of people smugglers, human traffickers, government prisons and camps and callous and deliberate bureaucratic ineptitude. 70 Million people are seeking refuge all over the world, and mostly it is from developing countries to the West.  It is a new Trail of Tears except on a much wider and global scale. And it is not always across continents or faiths or cultures- Turkey is one of the biggest recipients of refugees from the Iraq and Syrian wars, and the negative reactions of local citizens is just as fearful and resentful as in Western nations that are refugee destinations.

Last week, my sister Farah who was visiting my mom and other siblings in Philly from California told me that she heard some noise by the front door. She went to open it and found a young woman sitting on the porch. She was­­­­ the caregiver that the agency had sent to help care for my mother. She lived in South Philly and had taken an Uber to get to my sister’s house. As she arrived early, she just sat there in the heat. She also told my sister that the Uber was very expensive, and she would not be able to care for my mother four days a week as had been agreed upon with the agency.  When I heard her story, I felt so sad and upset at the conditions that force some people to have to take an Uber to get an underpaid job as a caregiver through a private agency. Even if the agency charged $30 or $40 an hour, she would only get a fraction of that.  The reason we even had to hire a private agency is that the agencies that take Medicaid are finding that people are better off getting unemployment benefits than working for the miserable hourly wage. Again, what a strange condition for these people to be in. They obviously have to choose what is best for them. Similarly, as we were talking to Shahid’s family in Pakistan today, we talked about the day laborers who are suffering so much due to COVID crisis.  As they cannot work, they cannot provide daily bread, and so the poor are suffering so much due to this scourge.  And as we know with any human systems, such as systemic racism in the US or post-colonial economic racism globally, it is not that the system is not working- it is that it is working exactly as it was designed sadly!

So, as a spiritual activist, I find that I am constantly balancing acceptance and surrender with the desire to activate change.  One of the most moving and eloquent books on this subject is “The Conscious Activist” by James O’Dea. I reread his book in the COVID lockdown, and realized that as COVID has brought our privileges more clearly into our awareness, we may see more conscious activism in the future generations. The Black Lives Matter movement is just one tiny glimmer of that hope.