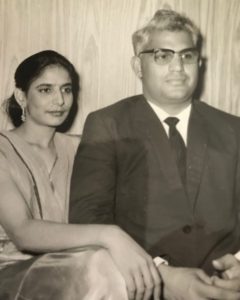 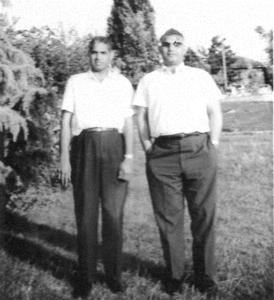 By Mino Farooq Akhtar (oldest niece of Dr. A. Raouf)

On Monday March 26, my uncle Dr. Abdul Raouf passed on, and I am grieving the loss on many levels: first of all, he was my favorite uncle and took on our father’s role as eldest male sibling in the family after my father’s (Mohammed Farooq) death 35 years ago.  I was especially close to him and made regular trips to Lahore Pakistan on my annual or bi-annual visits to Karachi just to hang out with him. Walking into his beautiful and spacious bungalow after the pickup from the airport, there was nothing more reassuring or grounding than hugging this big and tall teddy bear of a man.  Secondly, he was a man larger than life who left no moment unutilized- achieving global scholarly stature in his field of industrial engineering, and teaching at universities around the world. Thirdly, he was a humble servant of God who served humanity giving away so much of his wealth to universities, mosques, scholarships, etc. His magnanimity was extraordinary and will be carried onwards with the trust he established. For our extended ­­­­­­­­­family, he was a brilliant mind with a giant heart.  For me I have lost a mentor, a guide, a buddy and beloved uncle.

Sitting in his bedroom or his lawn, we would talk about family history which he loved to share: how our family escaped from Delhi, India during the bloody riots of Partition, and established themselves in the newly formed Pakistan; how they scraped by through the early years as refugees in camps and then finally built a home in Karachi; how later on that house became a temple for education for all my aunts and uncles and even for me and my sister Sabah as we stayed there when our parents were in cities without English-speaking schools, such as the newly formed capital Islamabad. Through these stories I continue to learn about the values of hard work, education and seeking knowledge, of supporting and caring for family, of sacrifice, achievement orientation and compassion for the needy. I have a vague recollection of a framed picture of my uncle hanging in my grandfather’s house holding me when I was less than a year old, both smiling, red-cheeked and very, very happy.

As the oldest two children in a refugee family, my father and Chachajan were best buddies and had a huge sense of family responsibility, which they fulfilled throughout their lives in different and complementary ways; my father was the right brain, and Chachajan the left brain in the partnership. They used to joke that the oldest three (which included my aunt Nasim Bashir) were pulling all the weight, while the younger three siblings got to enjoy an easier life.  In the refugee camp- which he often reminded me of had an earthen floor- the elder three had their assigned duties- one to collect wood, the other to build a fire, and the third to knead the flour, but the younger ones just joined the family at mealtime.  Then the whole family of 9 was moved to a one-bathroom, 2 bed-room section of ex-British barracks. And apparently this is where I was born!  By the time I turned 5, they had received land in return for what they lost in Jullunder, Eastern Punjab and built a home in PECHS of Karachi.  I have brief memories of that house in those days: it was the only one for miles around, surrounded by the Karachi desert and howling wind and sand at night, so different from the crowded scene today!  Shortly thereafter, my father Mohammed Farooq was posted to the Pakistani Embassy in Germany and we went westward as did Uncle Raouf.

When we were young kids in Germany, he would visit, as he was an engineer on a fellowship with Mercedes Benz. And I remember many a trip to find amazing bakeries, as he, my Dad and I shared a craving for sweets that could make us drive for miles and miles! I think that is when I developed my passion for Black Forest Cake which persists to this day.

When my father was being posted back to Pakistan from his diplomatic assignments, he and Chachajan would cook up a scheme to drive, rather than fly- thereby saving a lot of money- and providing us a lot of memories of adventure and education too! We drove from Germany in one car- an Opel station wagon- our family of 6 plus Chachajan to Pakistan in 1961. And later on, we drove from Turkey to Pakistan in 2 cars in 1966. It was the best education a child can have and truly instilled in me my globalist identity, as we met people from so many different countries and were able to communicate without language.

I still remember the random acts of kindness from the poorest of people – in Yugoslavia, Bulgaria, Turkey, Iran, Pakistan- whether it was to get milk for my 1-year old sister, or fruit for hungry kids, or fix a windshield which was broken in the harsh driving across desert highways. Driving through Eastern European countries at that time was truly adventurous as the Cold War was at its height (or depth).  This is when I learned that we have so much more in common than what is different, and it led me to my work in dialogue, transformation and conflict resolution so far removed from my original field of computer science.  It also led me to a conclusion that the ones who have the least materially, are the first to give because their values of hospitality and kindness to the stranger!

But Chachajan was one of kind, and truly gifted intellectually. In addition to his intellectual genius, he has a tenacity to achieve his goals, no matter what it took. I remember his wife, Dr. Razia Raouf, telling me that he would study for his PhD in Windsor, Canada and sit in the chair early in the morning to midnight without any interruption or distraction, and when he got up the chair would stick to his back!

His genius took him on a global journey of academic success for more than 60 years, and finally to his comfortable retirement in Lahore.  When I visited there every year or every other year, I made it a point to go to the living room and ponder the 100 or so trophies, plaques and certificates of recognition sitting in the cabinet. His CV is at least 30 pages long.  He authored 14 textbooks in the field of quality assurance and industrial engineering; he authored hundreds of scholarly articles and was on the board of dozens of international engineering organizations. Not only was he an internationally ranked distinguished scholar, but he also received the  “Sitara-i-Imtiaz” by the Government of Pakistan and the title of “Best Scientist” in the field of engineering by Pakistan Academy of Scientists.

Our connection to Chachajan became truly close when we moved to New York City in 1968 and Abuji joined the Pakistan Mission to the UN. At that time, Chachajan was head of Industrial Engineering at Windsor University in Canada, and we would often take summer vacation trips to stay at his house and meet his many friends.  It was there that Chachajan also joined the Michigan Muslim community and got actively involved in building mosques in Ohio, including one of the first large mosques in the US. ­­­­­­ 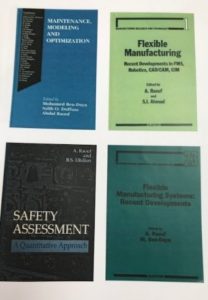 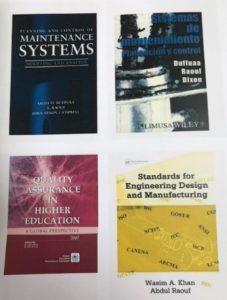 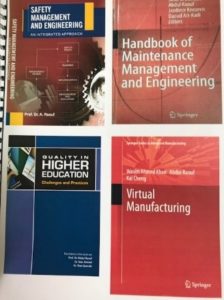 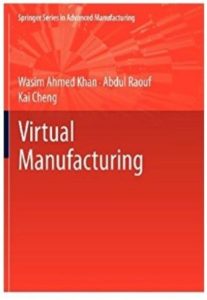 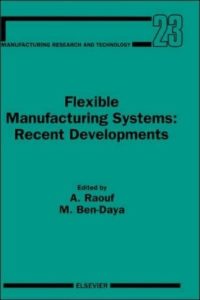 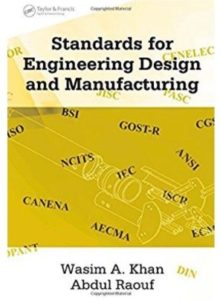 After 25 years of teaching in Canada, and serving on numerous international engineering boards, journals, institutions, Chachajan decided to go back closer to his roots. His first stay was Saudi Arabia, where he spent 10 years heading the industrial engineering department at King Fahd College of Engineering.  Many years later, in 2003, Chachajan was invited to speak at the Arabic Human Resource Management Society conference in Dubai on the topic of performance management, and I was invited to speak on Innovation- it was wonderful to sit in on each other’s talks and meet other family members living in Dubai. One of his previous students from Dharan happened to meet Chachajan at the hotel lobby one day, and the respect and adoration for his previous professor was again a reminder of how the value of knowledge and the respect of teachers is another thing we can find all the way from Middle East to Asia, and something we can re-learn from here in our country too.

His next appointment was as Rector of the Ghulam Ishaq Khan Institute – a new engineering institute- in Topi, Pakistan. I remember visiting the campus nestled amongst the Himalayan foothills, long before today’s violent war of terror, a place of beauty and knowledge. The modernity of the Topi campus was an extraordinary contrast to the town itself, a typical small town in Pakistan.  And again, as always, Chachajan asked me to give a talk on innovation to the student body, which I did and thoroughly enjoyed. He never stopped his work of spreading knowledge and connecting East and West.

And then finally, he returned to Lahore, the capital of Punjab to teach at the new University of Management and Technology, where he was patron, professor, advisor and respected elder for 11 years.  He was a Punjabi through and through, and I loved nothing more than listening to his booming, jovial voice talking in the intimate Punjabi dialect, which I never got to learn due to my parents’ desire for us to master the Urdu national language, as well as several others like German.  Until only a few years ago, I accompanied him to University of Management and Technology (https://www.umt.edu.pk/), Lahore, and was so proud to see the beautiful UMT mosque to which he donated Rs. 30 Million.  Going to the campus of UMT gives me much joy and pride to see a Pakistani educational institution in action and to meet its students and other professor’s close-up, some of whom returned to Pakistan from abroad to teach, which I so admire! On one of my trips, I interviewed the young students and was so impressed about their wise and hopeful comments for a better world, especially at a time both anti-Islamic and anti-Pakistani sentiment in the West. 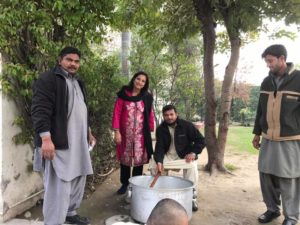 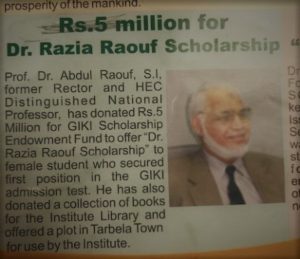 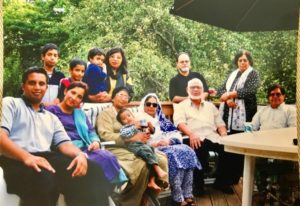 He has also established a Rs 5 Million scholarship for promising female engineering students at GIK Institute. He founded the Mosque Farooq and madrassa (named after my father) outside Lahore which houses and teaches orphans and needy students – both boys and girls- in both faith and secular subjects.

Twice a week, outside the gates of his Lahore house, poor people line up to get a meal with meat and rice, and I got to observe it a year ago.  This is being a true Muslim I thought, always keeping in mind the needy, the poor and thanking God for what we have, while we continue to fulfill our purpose in life and use our talents to make a difference.

For me, Chachajan’s departure has left a hole in my heart that will never be filled. All I can do now is preserve his memory and practice his teachings and the values he role-modeled for us. I can also continue to stay in touch and support Chachijan Razia Raouf which he would want us to do.  When my Dad died in 1982, he said, “go ahead, I will be following you”, and this he finally did.